Skip to main content
News & Events » News » RBM Partnership to End Malaria's Board statement on the Recommendation of the RTS,S Malaria Vaccine

RBM Partnership to End Malaria's Board statement on the Recommendation of the RTS,S Malaria Vaccine

Noting the historic WHO recommendation of the RTS,S malaria vaccine on 6 October 2021, the Board of the RBM Partnership to End Malaria celebrates and applauds the long-term scientific collaboration and commitment of countries and partners that enabled this landmark achievement.

The Board commends the diverse set of partners who have invested nearly four decades in public-private partnerships to research and develop this vaccine. We gratefully acknowledge the researchers who contributed to the discovery and early science of this vaccine, including early R&D investments by the US government and support by the UK government, clinical investigators in malaria-endemic countries, catalytic funding from the Bill & Melinda Gates Foundation, a longstanding partnership between GSK and PATH on the journey of R&D and manufacturing, the WHO’s coordination, and the Ghana, Malawi and the Kenyan governments’ leadership in the pilot programs that supported this WHO decision.

The Board calls for mobilization of increased resources for the global malaria response, needed to enable endemic country deployment of proven interventions against malaria, including the malaria vaccine, to be layered on top of existing tools, and to accelerate the innovation and delivery of new tools to eradicate the disease. The Board also recognizes the importance of working with malaria-endemic countries and partners to use data-driven approaches in determining and tailoring the optimal mix of malaria prevention and control tools for the local context – and requests the RBM Country & Regional Support Partner Committee to support such efforts. 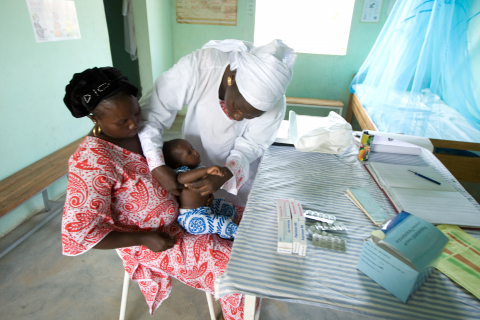