Report highlights need to increase annual malaria funding to US$5 billion to expand access to and development of life-saving tools to reach global malaria targets and SDGs.

4 December 2019, Geneva – The RBM Partnership to End Malaria welcomes the publication of the World Malaria Report 2019, which demonstrates that global investments and action against malaria are making a big difference, yet half the world – overwhelmingly the most vulnerable - are still at the greatest risk of dying from a mosquito bite.

According to the World Malaria Report 2019, released today by the World Health Organization (WHO), global malaria cases and deaths are declining but at a slowed rate: from an estimated 231 million to 228 million cases and from 416,000 to 405,000 deaths between 2017 and 2018. Importantly, estimates show that in 2018, global efforts saved almost 600,000 lives per year and prevented almost 100 million malaria cases per year compared to 2000.

“Continued global investment and commitment towards a world free of malaria have been critical to sustaining the progress the malaria community has made to date - without these global efforts, malaria cases and deaths would be significantly higher.

“Now, it is essential we step up global action and financing to close the annual US$2 billion funding gap to reach those at risk with sustainable access to life-saving tools. We must also prioritise developing and scaling-up new, transformative tools to stay ahead of the evolving parasite, as highlighted in two landmark reports on malaria eradication published earlier this year. It is crucial that we act now to hold leaders accountable and work together to achieve vital reduction targets, save millions more lives and end malaria for good.”

The report shows malaria still strikes hardest against some of the most vulnerable members of society - pregnant women and children under five - particularly in Africa, which accounts for 93% of global malaria cases. An estimated 11 million pregnant women in sub-Saharan Africa – 29% of all pregnancies – were infected with malaria in 2018, resulting in nearly 900,000 children in 38 African countries being born with a low birthweight. The report also found that the percentage of eligible women receiving the 3 recommended or more doses of Intermittent Preventive Treatment in Pregnancy (IPTp) increased from 22% to 31% in just one year, but still is far from universal coverage.

Furthermore, while malaria deaths in children under five dropped in 2018, this group still accounted for two-thirds (67%) of all malaria deaths worldwide. In malaria-endemic areas of sub-Saharan Africa, an estimated 61% of pregnant women and children under five slept under an insecticide-treated mosquito net in 2018 - a 26% increase since 2010 - however, overall coverage for people in these regions has improved only marginally since 2015.

“In most parts of the world, a child who gets malaria today has a better chance of survival than at any other point in history. Yet, despite the availability of effective life-saving malaria interventions, too many vulnerable pregnant women and children still face the greatest risk of dying from a mosquito bite.

“Ending malaria represents one of the greatest opportunities to improve child and maternal health and mortality and contribute to SDG 3: to ensure healthy lives and promote well-being for all at all ages. This report highlights the importance of further integrating malaria interventions – including prevention, diagnosis and treatment - into our health systems to reach those in most need, yet also to strengthen global efforts to achieve universal health coverage.”

In contrast, the report identified several global malaria success stories, with more than half of all countries now malaria-free and another 49 countries registering less than 10,000 cases. Timor Leste, Iran and Malaysia recorded zero cases of malaria for the first time in 2018, an achievement China and El Salvador also attained for the second consecutive year. Over the past two years, four countries have been certified as malaria free, and more countries than ever are now within reach of elimination. This progress puts the world on track for at least 10 countries to reach the 2020 elimination milestone of the global malaria strategy.

Over the last two years, global and country leaders and partners – in both malaria-affected and donor countries – have stepped up commitments to end malaria, contributing to this progress. This year, world leaders increased funding for The Global Fund to Fight AIDS, Tuberculosis and Malaria to US$14.2 billion. The Global Fund accounts for 65% of all external funding for malaria programmes over the next three years. In 2018, 53 Commonwealth countries committed to halve malaria cases and deaths in Commonwealth countries by 2023.

Investments in malaria R&D also reached US$663 million in 2018 - its largest budget to-date since 2009. This investment resulted in the rollout of new tools, such as WHO’s pilot programme for the world's first malaria vaccine, RTS,S, and next-generation mosquito nets to address the biological threat of insecticide and drug resistance.

To arrange an interview or find out more about the launch of the upcoming campaign please contact the RBM Partnership press office at Grayling on RBMPartnership@grayling.com or call +44 (0) 20 3861 3747. 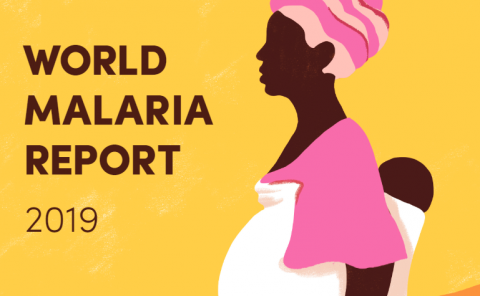