23 February 2022, Geneva – The RBM Partnership to End Malaria joins the Global Fund and partners worldwide in calling on world leaders, the private sector and philanthropists to commit at least US $18 billion in new, vital investments this year to save 20 million lives from malaria, tuberculosis, HIV and AIDS by 2026.

The Global Fund currently accounts for over half (56%) of total global funding for malaria prevention, control and elimination programmes across 94 countries. If fully resourced, the Global Fund estimates investments will reduce cases of malaria by 66%, cut malaria deaths by 62% and eliminate malaria from at least six countries by 2026. Crucial interventions driving this progress include a projected increase in coverage of long-lasting insecticide treated nets from 43% to 52% in sub-Saharan Africa, and treatment of 550 million cases of malaria.

The Global Fund’s Investment Case - outlining the projected impact of this investment - was released during a Replenishment Preparatory Meeting, co-hosted by the Heads of State of the Democratic Republic of Congo, Kenya, Rwanda, Senegal, and South Africa. The Replenishment Conference, hosted by U.S. President Joseph Biden, will take place in the United States in the second half of 2022.

According to the Investment Case, every US$1 invested in scaling up Global Fund programmes yields a return on investment of 1:31, with the world’s poorest countries accounting for three-quarters of these gains. Investment through the Global Fund’s financing mechanism will also catalyze further domestic investments of up to US$59 billion.

“The Global Fund’s Seventh Replenishment will be a defining moment for the fight against malaria. With half the world’s population still living at risk from this deadly disease, the world is at a precarious juncture in its goal to end malaria. The global malaria burden is much higher than previously estimated and the recent emergence of new threats to progress - including disruptions in malaria prevention and treatment due to COVID-19, wider humanitarian emergencies, growing insecticide and drug resistance and gene deletions reducing the effectiveness of rapid diagnostic tests. This is a wake-up call for action.

“The countries with the highest burden of malaria have the least ability to fund health services and have suffered the greatest economic impact during the pandemic. It is now critical that all countries work together to fight for what counts: by achieving the global replenishment target of US$18 billion to end AIDS, tuberculosis and malaria, to improve economic growth and strengthen health systems to fight these diseases and protect against future health threats.”

#FightForWhatCounts to end malaria within a generation

Since 2002, the Global Fund has saved over 44 million lives, reduced the combined mortality rate from HIV/AIDS, malaria and tuberculosis by more than half and strengthened health systems in the world’s most vulnerable communities.

Over the past two decades, the Global Fund’s investments and innovative partnerships with malaria-affected countries, donor governments, the private sector and NGOs have contributed to saving 10.6 million lives from malaria and preventing more than 1.7 billion malaria cases. For the period 2021-2023, the Global Fund allocated an additional US$825 million (totalling US$3.58 billion) to enable African countries to scale up proven malaria interventions and case management, and help address challenges such as insecticide resistance.

These investments in malaria programmes have also helped countries build resilient and sustainable health systems, with malaria acting as a pathfinder for pandemic preparedness. Increased investment in the malaria fight through the Global Fund therefore offers one of the best opportunities to help countries continue to build resilient and sustainable health systems and strengthen country capacity to prepare for future health threats.

“The Global Fund offers countries, the private sector and philanthropists excellent value for money by leveraging innovative financing approaches, pooling resources and consolidating technical expertise to a results-oriented, accountable model for assistance that has contributed to one of the greatest global health successes of our generation. Countries must seize this opportunity to increase investments in the Global Fund for the next three-year funding cycle and drive progress towards the global goal of reducing malaria cases and deaths by 90% between 2015 and 2030. By doing so, they will ultimately save millions more lives from malaria and unlock trillions of dollars in economic benefits.”

To arrange an interview or briefing please contact the RBM Partnership press office at Grayling on RBMPartnership@grayling.com or call +44(0)20 3861 3747. 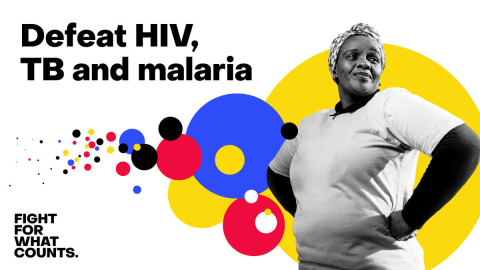