Geneva, 26 July 2021 -- The RBM Partnership to End Malaria welcomes the announcement today of a major project by kENUP Foundation and BioNTech to develop the first mRNA-based prophylactic malaria vaccine.

Supported by the World Health Organization (WHO), the Africa Centres for Disease Control and Prevention, the European Commission and European Investment Bank, and international partners, the project aims to use mRNA technology as part of an initiative aimed at expanding vaccine development for, and manufacturing capacity across Africa, to fight malaria, a disease that ravages the continent each year.

Welcoming the news, Dr Abdourahmane Diallo, CEO of the RBM Partnership to End Malaria, commented: “Today’s announcement to develop an mRNA-based, highly effective preventative malaria vaccine to protect people of all ages marks a major step toward developing game-changing technology for malaria eradication. The malaria fight has long benefited from innovations brought forward by committed partners and we welcome new commitments such as this one as a critical investment towards ending an age-old, preventable and treatable disease that still infects hundreds of millions of people each year. Our current toolset of innovations alone cannot defeat malaria, particularly in the hardest hit places. Only with new investments in innovation, new commitments and partners will we be able to develop and roll out the transformative tools needed to stay one step ahead of the ever-evolving mosquito and parasite.”

BioNTech’s COVID-19 vaccine developed in partnership with Pfizer is one of the first mRNA vaccines to be approved for use. Proceeds from the COVID-19 venture will contribute to the development of the first malaria vaccine using mRNA technology.

Malaria is a preventable and treatable disease, yet it impacts half the world living in the poorest areas, putting people’s lives and livelihoods at risk, distressing fragile health systems, and keeping families in cycles of poverty. Despite significant progress over the past decades with 7.6 million lives saved, malaria continues to infect over 200 million people annually, leading to over 400,000 deaths and suffering that disproportionately impacts children and pregnant women in Africa. In landmark reports on malaria eradication published in 2019, experts called for stepped up innovation and transformative tools to achieve a malaria-free world within a generation.

The clinical trial for the first-generation mRNA malaria vaccine candidate is planned to start by the end of 2022. BioNTech also plans to establish sustainable mRNA manufacturing capabilities on the African continent to secure a sustainable supply of vaccines, including those against COVID-19, and possible new ones against malaria, HIV and tuberculosis. Additional investments by the European Commission and the European Investment Bank would co-finance the product development and African-based infrastructure and auxiliary services once the vaccine candidate enters late-stage clinical development in Africa.

“The COVID-19 pandemic has shown the world how investments in research and development for game-changing technologies can lead to breakthrough solutions in record time, but it has also underscored the critical importance of investing in end-to-end manufacturing capacity that will help ensure equitable and sustainable access to these life-saving tools. We welcome the plan to build manufacturing capability in Africa to prepare for the deployment of a successful vaccine and encourage continued scale-up of proven interventions to those who need them most to defeat malaria and build a healthier, safer and fairer world,” Dr Diallo added.

The search for a malaria vaccine

The search for a highly efficacious, preventative malaria vaccine for all ages has been elusive, making continued innovation essential.

It has taken over 30 years and hundreds of millions of dollars in R&D investment for the first malaria vaccine, RTS,S, to be piloted in Ghana, Kenya and Malawi starting in 2019. Since then, more than 650,000 children have received the vaccine offering additional malaria protection.

Delivered by a coalition of partners including the WHO, PATH and GSK, RTS,S is the only malaria vaccine to have successfully completed Phase 3 trials and has been shown to reduce clinical malaria cases by 55% during the 12 months following primary vaccination, and by 39% over 4 years.

Earlier this year, researchers from the University of Oxford’s Jenner Institute reported findings from a second phase trial of its R21 vaccine based on a group of 450 children in Burkina Faso, demonstrating a high-level efficacy of 77% over 12-months of follow-up. However, this vaccine still needs to undergo Phase 3 trials, which critically will include areas where malaria occurs year-round.

Alongside making progress on a suite of new tools and approaches to end malaria, malaria’s complexity makes it equally important to continue to scale up proven, existing tools that are failing to reach the people who need them most.

These include newer tools like next generation mosquito nets and seasonal malaria chemoprevention (SMC) and approaches that use data and digital tools to better target life-saving tools to those most in need.

For instance, only half the children under five in Africa today sleep under an insecticide treated net every night, and just one third of eligible women take the full course of preventive antimalarial treatment during pregnancy. Despite the unfolding COVID-19 pandemic, more children than ever--over 30 million--have been reached through SMC in Africa in 2020, significantly reducing malaria burden, yet many more are in need of protection. 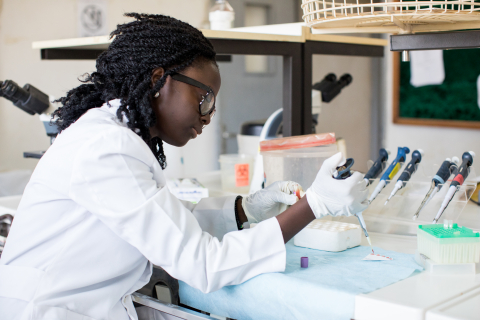