Geneva, 25 February 2021 -- Today, the RBM Partnership to End Malaria welcomes the news that El Salvador has been officially certified malaria-free by the World Health Organization (WHO).

El Salvador is the first country in Central America to receive this accolade presented to countries which have maintained at least three consecutive years of indigenous zero malaria cases, and the third in the Americas region to be certified in recent years, following Paraguay in 2018 and Argentina in 2019.

Globally, a total of 38 countries and territories have reached this milestone and 21 countries have registered at least three consecutive years of zero malaria cases since 2000.

Despite COVID-19 putting the country’s health systems under significant pressure in 2020, El Salvador has successfully maintained zero malaria cases throughout the pandemic leveraging its malaria diagnosis, treatment, and surveillance systems.

“The RBM Partnership congratulates El Salvador for its incredible achievement of being certified malaria free and is committed to supporting all malaria-affected countries to reach this milestone. With every country that eliminates this ancient and deadly disease, the global malaria map shrinks, and we take one step closer to a malaria free world. El Salvador’s remarkable commitment to achieve and maintain zero malaria—even against the backdrop of the COVID-19 pandemic—can serve as an inspiration to other countries on their journey to elimination.”

Over 5,000 community volunteers and vector control staff in El Salvador are dedicated to closely monitoring and preventing the re-emergence of malaria. The country also takes a multisectoral approach to extend malaria control and elimination efforts outside of the health sector. Strengthening these national efforts, El Salvador also collaborates with neighbouring countries through the Regional Malaria Elimination Initiative in Central America (RMEI) to inform strategies, consolidate processes, and prevent malaria from crossing country borders.

While funding for the global malaria fight has plateaued in recent years, domestic commitment and investment in malaria control in the Americas – including El Salvador – accounted for 87% of funding in 2018-2019. El Salvador’s domestic investments were also complemented by technical support and catalytic resources of global partners such as the Pan-American Health Organization (PAHO)/WHO, the Global Fund to Fight AIDS, Tuberculosis and Malaria, the U.S. Centers for Disease Control and Prevention (CDC), the U.S. International Development Agency (USAID), and the Inter-American Development Bank (IADB).

In 2015, the Global Technical Strategy for malaria set the ambitious target of eliminating malaria in 10 countries by 2020. Since then, 10 countries have reached this goal, including Paraguay, Argentina, Uzbekistan and Algeria. Malaysia and China have also registered zero malaria cases for three consecutive years.

Certification of malaria elimination is granted by WHO when a country has proven, beyond reasonable doubt, that the chain of indigenous transmission has been interrupted nationwide for at least the previous three consecutive years

Eradicating malaria worldwide would save and improve millions more lives and unlock trillions of dollars in economic potential, however, is only possible with continued political leadership, increased funding to expand access to life-saving tools and the development and delivery of transformative tools.

The RBM Partnership to End Malaria is the largest global platform for coordinated action against malaria. Originally established as the Roll Back Malaria (RBM) Partnership in 1998, it mobilizes for action and resources and forges consensus among partners. The Partnership is comprised of more than 500 partners, including malaria endemic countries, their bilateral and multilateral development partners, the private sector, nongovernmental and community-based organizations, foundations, and research and academic institutions. The RBM Partnership Secretariat is hosted by the United Nations Office for Project Services (UNOPS) in Geneva, Switzerland. endmalaria.org 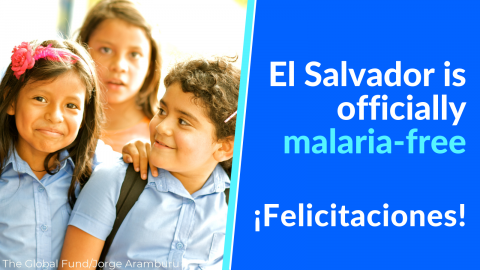