The Americas are Ready to Beat Malaria!

Today, we celebrate the 12th annual Malaria Day in the Americas. This is a crucial point to gather government, nonprofit, and private sector partners together to continue progress made in the region to end malaria for good.

The Americas are ready to beat malaria—but progress has been mixed and uneven. Between 2000 and 2015, malaria cases and deaths in the Americas Region decreased by 62% and 61%, respectively.

Earlier this year, the region celebrated a monumental milestone with the World Health Organization (WHO) certification of Paraguay as malaria-free in June. Argentina is expected to follow soon, and Belize, Costa Rica, Ecuador, El Salvador, Mexico, and Suriname were all included by WHO in the group of 21 countries worldwide with the potential to eliminate local transmission of malaria by 2020.

However, the Americas Region showed a 71% overall increase in malaria cases between 2015 and 2017, influenced primarily by the continuing epidemic in some countries and specific areas.

Urgent action is required to get the global fight against malaria back on track. The Pan American Health Organization (PAHO) is calling for expanded coverage of proven tools that we know work – tools that have already dramatically lowered the global burden of malaria, while also increasing investment in the research and development of new tools to accelerate the pace of progress.

Since 2009, 30 Malaria Champions of the Americas have been recognised. This year, the honorees came from Brazil, Paraguay and Suriname—acknowledging the efforts of communities that have worked so hard toward ending malaria in their countries.

This year’s Malaria Day in the Americas is an opportunity to take stock of progress and renew commitment to fight this centuries-old disease. To mark this important Day, the RBM Partnership to End Malaria has created a social media toolkit available here.

Join us by declaring the Americas are Ready to Beat Malaria! 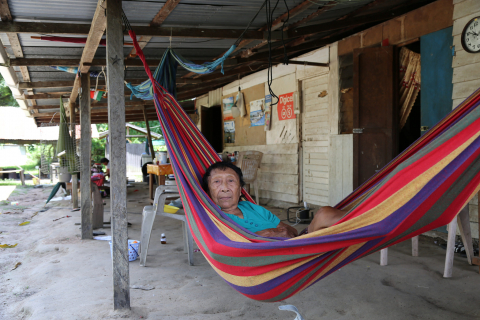