The Global Fund’s Seventh Replenishment Conference, taking place in New York next week, will be crucial to save 20 million more lives and advance progress against these epidemics over the next three years

On 13 September, African diasporas in France joined African communities and civil society organizations at an event at Paris City Hall to call for a fully replenished Global Fund. Co-organized by the Global Fund to Fight AIDS, Tuberculosis and Malaria, the RBM Partnership to End Malaria, Esprit d'Ebène, Speak Up Africa, and the City of Paris, the event aimed to raise awareness of the urgent need for action against malaria among French leaders.

The meeting brought together elected officials, African community leaders and personalities from the worlds of African art, sports and culture, as well as partners including Global Health Advocates, ONE, Elus Locaux Contre le Sida, Impact Santé Afrique and Friends of the Global Fund Europe.

France represents the largest contributor to the Global Fund in Europe and the second largest donor in the world. Guests were united by a single objective: to send a strong message to the French government and other world leaders to save 20 million more lives from HIV/AIDS, tuberculosis and malaria by achieving the Global Fund Replenishment target of at least US$18 billion.

The Global Fund Replenishment Conference: a critical funding moment for the fight against malaria

The COVID-19 pandemic has had a devastating impact on efforts to combat infectious diseases. As a result, the fight against malaria is now at a precarious juncture. 627,000 people died from malaria in 2020, with malaria deaths increasing for the first time in a decade. A plateau in funding, ongoing humanitarian emergencies, and the growing threat of drug and insecticide resistance have also put decades of progress at risk.

Infectious diseases have a disproportionate impact on the most vulnerable communities. While global attention has recently been directed to the COVID-19 pandemic, other diseases such as malaria, HIV/AIDS and tuberculosis continue to wreak havoc. They cause a devastating impact on the lives of millions of people - the majority of whom live in poverty – and prevent them from accessing jobs, healthcare and education.

However, with increased investment it is possible to put an end to these diseases and achieve the Sustainable Development Goals set by the United Nations. A fully resourced Global Fund is essential to ending malaria, advancing health equity and building resilient health systems.

Since 2002, the Global Fund has saved over 50 million lives, reduced the burden of HIV/AIDS, malaria and tuberculosis by more than half, and strengthened health systems in the world's most vulnerable communities. These investments have contributed to saving 10.6 million lives from malaria and preventing 1.7 billion cases - one of the greatest health successes of this century.

“A fully replenished Global Fund is critical to scaling up the fight against AIDS, TB and malaria over the next three years. If France and other donors step up their support, we can put an end to these three epidemics by 2030.”

“Tragically, malaria kills a child every minute. Despite progress made to date, 627,000 people died from malaria in 2020 - 69,000 more than the previous year and almost all of them on the African continent. Malaria weighs on all of our families, our communities and our economies. Indeed, more than 300 million people living in Francophone countries are at risk of malaria, with 5 of the eleven countries most affected by malaria located in French-speaking Africa.

“France has historically shown remarkable leadership and solidarity when financing global health efforts. As host of the Global Fund Replenishment in 2019, France led by example to deliver US$14 billion for the fight against these three diseases. World leaders must now come together once again and do the right thing by stepping up their commitments and investing at least US$18 billion to end the epidemics of HIV/AIDS, tuberculosis and malaria.”

Fatimata Sy, Executive Secretary of the Senegalese Association of Women and Children’s Futures and recipient of the Voix EssentiELLES fund says:

“96% of deaths from malaria occur in Africa; a disease which disproportionately affects women’s lives, that children and pregnant women are particularly vulnerable to. This is cause for alarm. We urgently need policies designed and grounded in women's experience, as well as funding to ensure women are effectively included in crucial decision-making processes.”

“As young people, we continue to see diseases like malaria, HIV/AIDS and tuberculosis wreak havoc in our communities and we worry what this means for our futures. Today, 7 in ten Africans are younger than 30 years old; together, African youth has the power to hold world leaders accountable to meet their global targets and eliminate these diseases for good.”

Aké Natondé, Deputy of the National Assembly and President of the Commission on Education, Culture, Employment and Social Affairs, Benin:

“Malaria, HIV/AIDS and tuberculosis disproportionately impact vulnerable populations in African communities and the COVID-19 pandemic has significantly slowed our collective progress towards eliminating these diseases. The stakes are extremely high, which is why we must all work to mobilize additional resources, nationally and globally, to end these preventable and treatable diseases by 2030. Now is the time - we urgently need bold, concrete commitments on an even larger scale!".

Jean-Luc Romero-Michel, Deputy Mayor of Paris in charge of human rights, integration and the fight against discrimination adds:

“Elected officials and our governments have a crucial role to play in the fight against malaria, HIV/AIDS and tuberculosis. With the necessary political will, we can eradicate them for good.” 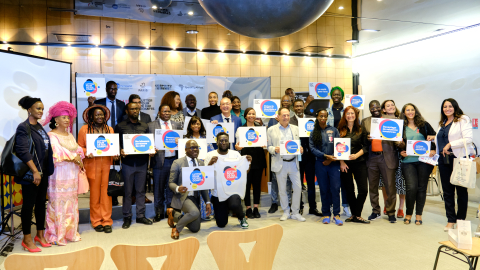 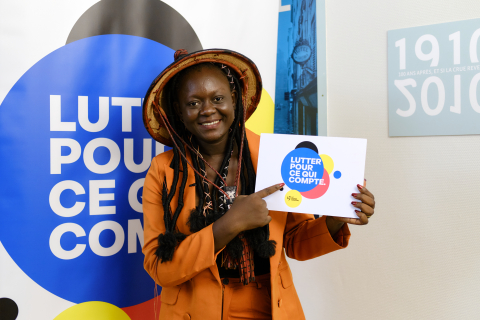 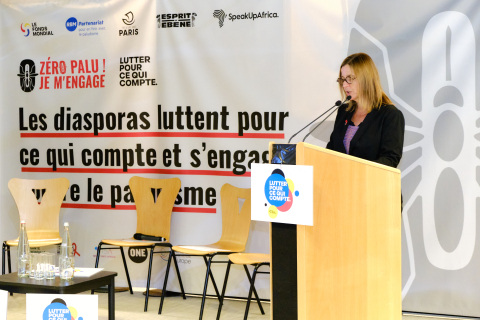 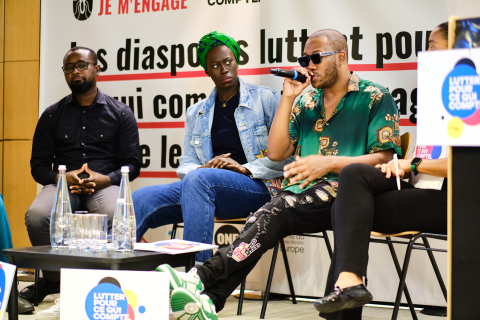 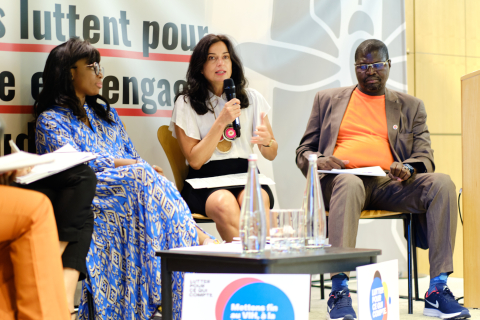 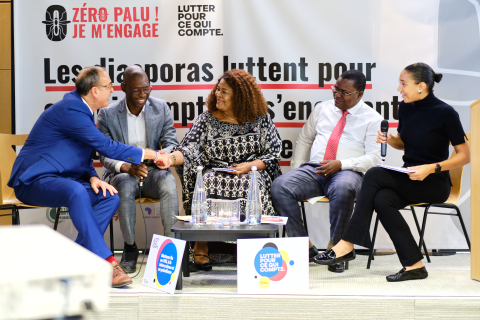