WARN organized its Annual Meeting of West African National Malaria Control Programmes (NMCPs) in Praia, Cape Verde. As part of its coordination activities in West Africa, the West Africa Roll Back Malaria Network (WARN) invited leading companies active in the fight against malaria in the region to meet in Praia, Cape Verde from September 3rd to 4th 2012.

Many companies, such as AngloGold Ashanti, the Senegalese Sugar Company, COTCO were represented. The main objectives of this meeting were to facilitate the exchange of information and best practices regarding the involvement of the private sector in the fight against malaria, the development of areas of collaboration between the public sector, the private sector and WARN partners. The discussions led to the planning of concrete actions for 2013 and the participants reiterated their commitment to the fight in the region. At the end of the meeting, AngloGold Ashanti was awarded a prize for all those years of dedicated efforts to protect their employees and local population against malaria. WARN also awarded its private sector constituency for its continued commitment. 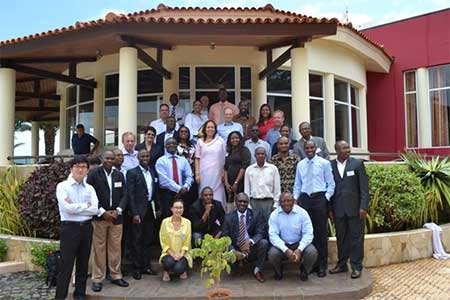