The RBM Partnership to End Malaria welcomes two crucial developments that aim to improve access to preventive malaria vaccines for children at risk of the disease.

The Phase 2b trial results for the R21/Matrix-M™ malaria vaccine candidate were published in The Lancet Infectious Diseases. The latest findings suggest the low-dose protein-based vaccine meets the World Health Organization’s (WHO) efficacy goal of at least 75% following a booster dose one year after the first three doses.

The R21 vaccine aims to protect children from malaria, which kills a child every minute. According to the latest World Malaria Report, 80% of the 627,000 deaths from malaria in 2020 were recorded among children under five in sub-Saharan Africa.

The development of the R21 vaccine has been driven by the University of Oxford’s Jenner Institute and research partners, including the Clinical Research Unit of Nanoro (CRUN) and the Institut de Recherche en Sciences de la Santé (IRSS), Burkina Faso. The trial also received financial support from partners, including the Wellcome Trust and the NIHR Oxford Biomedical Research Centre.

Dr. Corine Karema, Interim CEO of the RBM Partnership to End Malaria, comments: “Today, the fight against malaria is at a precarious juncture, partly due to limited funding, biological threats including insecticide and drug resistance, as well as the ongoing disruptions from the COVID-19 pandemic. Yet, thanks to ongoing innovation, we have a pipeline of new tools to help address these threats, including the R21 vaccine candidate. We are grateful to the Jenner Institute for its ongoing dedication to the malaria response; these latest findings of the phase 2b trials are promising, and we look forward to the results of the phase 3 trials.

The Jenner Institute announced the commencement of final-stage human trials for the R21 vaccine in 2020, followed by the preliminary phase 2 findings that the vaccine delivered 77% efficacy among 450 children in Burkina Faso. The results from the Phase 3 trial to assess large scale safety and efficacy in areas where malaria is present year-round are expected to be reported later this year.

Dr Karema adds: “There is no silver bullet nor one size fits all approach in the fight against malaria; we know that ending the disease for good requires diverse, data-driven approaches, including tailoring the use of existing tools, innovative interventions, and strategies that can be optimized to the local context to maximize impact. If approved, R21 will add another tool to our vaccine toolbox to be used alongside other malaria control tools and future innovations.

“Countries and partners must continue to prioritize investments in malaria R&D and step up their commitments at the Global Fund’s Seventh Replenishment Conference this September in order to combine the roll out of existing tools and scale up of new innovations to achieve a zero malaria world.”

The world’s first malaria vaccine - RTS,S - was recommended by WHO for widespread use among children under 5 at risk in sub-Saharan Africa last year. Last month, UNICEF awarded a contract to GSK of up to US$170 million to deliver 18 million doses of the RTS,S vaccine over the next three years. As a result of UNICEF’s accelerated action to conclude procurement negotiations, plans are already underway to boost production, including through technology transfer.

Dr Karema says: “This is another important step towards improving access to the first malaria vaccine among children at risk. The RBM Partnership to End Malaria commends the dedication and commitment of UNICEF and GAVI to bring this lifesaving vaccine to those who need it most.”

The RBM Partnership to End Malaria calls on GSK and other pipeline manufacturers to consider partnering with African companies and transferring capacities to endemic countries as part of this pioneering scheme.

RTS,S, and R21 are among several vaccine candidates to show potential in recent years, following more than three decades of research to develop an effective malaria vaccine. In 2021, the kENUP Foundation and BioNTech also announced a new project to establish the first mRNA-based prophylactic malaria vaccine, announcing its plans to start the first clinical trial by the end of 2022 at the Kigali Summit on Malaria & NTDs. 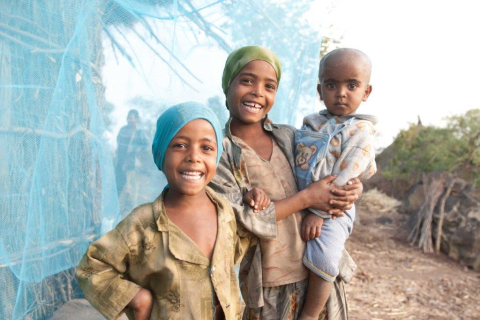