Skip to main content
News & Events » News » The RBM Partnership to End Malaria: response to the publication of the Global Fund’s Results Report

The RBM Partnership to End Malaria: response to the publication of the Global Fund’s Results Report

Just a few days before the Global Fund’s Seventh Replenishment Conference, the malaria community is urging world leaders to deliver a fully replenished Global Fund to help save 20 million more lives from malaria, TB, and HIV over the next three years. This year’s conference takes place in the context of unprecedented global events, but world leaders are asked to remain steadfast in their commitment to funding and combatting these devastating diseases.

In the run up to the Replenishment Conference, the malaria community hosted a series of events, including events in Berlin, Canberra, Kigali, London, Paris, San Francisco, Tunis and Yaounde to advocate for the importance of global action on malaria and a fully replenished Global Fund.

“The RBM Partnership calls on all parties, including malaria-endemic and donor countries, private sector and philanthropic organisations, to pledge new and increased contributions to achieve the target of at least $US18 billion. Anything less than this puts the progress made over recent years to end malaria, at risk. We are already at a precarious juncture, with 627,000 lives lost to malaria in 2020, the highest in nearly a decade, an increase of 12 per cent compared to the year before.”

“We are pleased to see some countries, such as Japan and Germany, have already announced significant pledges – Japan pledging up to US$1.08 billion and Germany pledging €1.3 billion. These are on top of the US$6 billion pledged by the US, this year’s host country.  We hope to see other countries, especially the wealthiest ones, follow their lead and demonstrate leadership, commitment, and solidarity in the fight against these three devastating diseases.

Today a child still dies of malaria every minute – the time for countries to act is now. I am delighted to see the malaria community unite and make its voice heard in every corner of the world ahead of the Replenishment Conference. I hope governments not only listen but take action. With a fully replenished Global Fund, countries and partners can re-energise the fight against the disease, strengthen health systems for their readiness for future pandemics, and invest in further research and innovations to end malaria for good.”

The Global Fund Replenishment is critical to malaria efforts as it mobilizes and invests funding in malaria programme financing across 94 countries.

It is estimated that a fully replenished fund will:

The RBM Partnership to End Malaria is the largest global platform for co-ordinated action against malaria. Originally established as Roll Back Malaria (RBM) Partnership in 1998, it mobilizes action and resources and forges consensus among partners. The Partnership comprises more than 500 partners, including malaria endemic countries, their bilateral and multilateral development partners, the private sector, non-governmental and community-based organizations, foundations, and research and academic institutions. The United Nations Office for Project Services (UNOPS) in Geneva, Switzerland, hosts the RBM Partnership Secretariat. 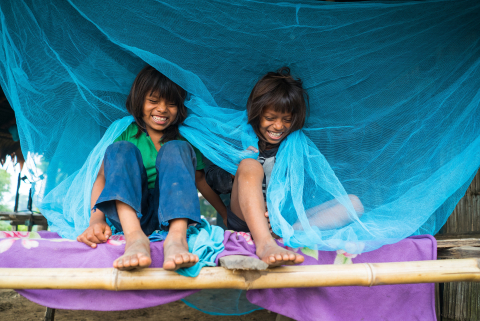