In this crucial leadership role, Dr Panjabi will be responsible for the oversight and coordination of all funding and activities relating to efforts to combat malaria through the U.S. President’s Malaria Initiative (PMI). As a global leader in the fight against malaria, PMI provides a vital role in optimizing and scaling up malaria interventions, providing cost-effective and innovative tools that are key to achieving malaria elimination goals.

Dr. Abdourahmane Diallo, CEO of the RBM Partnership, says: “Dr Panjabi’s appointment comes at a critical juncture in our fight against malaria. With his wealth of experience and deep understanding of malaria, pandemics and the importance of building strong health care systems, I am confident that he will be an invaluable asset to both PMI and the global malaria community. PMI has offered long-standing and vital support to the RBM Partnership, and under Dr Panjabi’s leadership we look forward to strengthening our relationship further to realize our shared vision of a malaria-free world”.

Born in Liberia and leaving the country aged nine, Dr Panjabi returned as a medical student in 2005. Upon seeing the devastation left behind by the civil war, Dr Panjabi co-founded Last Mile Health in 2007 to design and build community-based primary health systems in a growing number of countries, including Liberia. Dr Panjabi also previously held the roles Assistant Professor of Medicine at Harvard Medical School and the Division of Global Health Equity at Brigham & Women’s Hospital.

Launched in 2005, PMI has been a leading actor of the global malaria community, helping to save 7.6 million lives and prevent 1.5 billion new malaria infections since 2000. PMI’s work encompasses 24 malaria-endemic countries in sub-Saharan Africa, including those with the highest burden, and three programmes in the Greater Mekong Subregion of Southeast Asia. 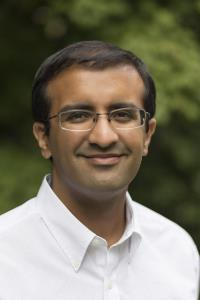