Fight the Fakes is a campaign that aims to raise awareness about the dangers of fake medicines. The campaign gives a voice to those who have been personally impacted and shares the stories of those working to put a stop to this threat to public health. It seeks to build a global movement of organizations and individuals who will shine light on the negative impact that fake medicines have on people around the globe and to reduce the negative consequences on individuals worldwide.

Register for the upcoming webinar on Friday 11 December: How do we solve the issue of fake antimalarials? 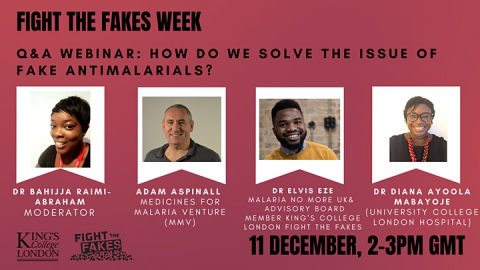