Bangkok, April 23, 2019 – Asian malaria experts surveyed in a new report are saying that new tools are needed as the disease is becoming resistant to existing prevention and therapy measures. They called for continued investment in R&D for new antimalarials and insecticides to achieve the World Health Organization’s 2030 elimination targets.

The Malaria Futures for Asia (MalaFAsia) report was launched today in Bangkok. It captures the views of malaria program directors, researchers and NGOs in Cambodia, India, Myanmar, Thailand and Vietnam on progress towards malaria elimination. The study was conducted by independent policy researchers and commissioned by Novartis, the company that launched the first fixed-dose artemisinin-based combination therapy (ACT) two decades ago. ACTs are the current gold standard treatment for malaria.
The report comes against a background of enormous progress, where the number of reported malaria cases per thousand population has fallen by over 60 per cent across the region since 20101. Nearly two-thirds of experts surveyed believe that the region is likely to meet its malaria elimination targets2 for P. falciparum malaria, the most severe form of the disease. However, a majority expressed skepticism that the P. vivax strain could be eliminated by 2030.

“This is the first time in many years that Asian policymakers and implementers on the ground have been asked about their views on progress, challenges and opportunities toward malaria elimination,” said Prof Yongyuth Yuthavong, former Deputy Prime Minister of Thailand and member of the RBM Partnership to End Malaria Board, and co-chair of the study. “While most are confident about progress, some are perhaps too confident. Complacency is always a danger. I have spent a lifetime fighting malaria and know that this final stage toward elimination will be the toughest.” 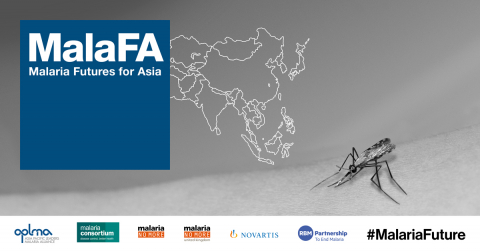