On 19 November 2018, the RBM Partnership to End Malaria celebrated its 20th anniversary in Maputo, Mozambique, using this milestone to reflect on the collective achievements of the past two decades and upcoming opportunities for malaria elimination.

Held alongside the 11th meeting of the RBM Partnership Board and the launch of the World Health Organization (WHO)’s World malaria report 2018, the celebrations saw the involvement of senior representatives from RBM Partners, malaria endemic countries, Mozambican institutions, donor agencies, global health organisations, as well as private sector and civil society stakeholders.

This year’s report has been released in conjunction with the new approach to jumpstart progress in the fight against malaria, focusing on the 11 countries (10 on the African continent, plus India) that together account for approximately 70% of global malaria cases. Catalysed by WHO and the RBM Partnership to End Malaria, the “High burden to high impact” response will be led by countries hardest hit by the disease.

Commenting on the findings of this year’s World malaria report, Dr Kesete Admasu, CEO of the RBM Partnership to End Malaria, said: “There’s never been a better time to invest in malaria. Global partnership over the past two decades has significantly reduced malaria deaths and cases, saving 7 million lives. This progress has allowed us to set our sights on ending this preventable disease for good. As we celebrate our 20th anniversary, we look toward what we can accomplish in the next 20 years, including inspiring new audiences about the historic opportunity to end malaria”.

Speaking at the high-level launch of the report and response, Dr Winnie Mpanju-Shumbusho, Board Chair of the RBM Partnership to End Malaria affirmed: “It is unacceptable that people in half the world’s countries still fear death by mosquito bite while the other half are nearing a life free of malaria. The latest World malaria report calls for a decisive response; one that is owned and led by the countries most affected by the disease and support by global partners. Success in high burden countries will translate to success globally. The actions we take now are essential to increasing funding, identifying greater efficiencies and tailoring the optimal mix of tools to get malaria efforts back on track.”

The events in Mozambique, which has the third highest number of malaria cases anywhere in the world, or 5% of all cases globally, also presented an opportunity for Mozambican institutions to showcase innovative strategies in the country’s malaria response and for national leaders and global partners to share perspectives on country ownership, resource mobilisation and partner engagement. 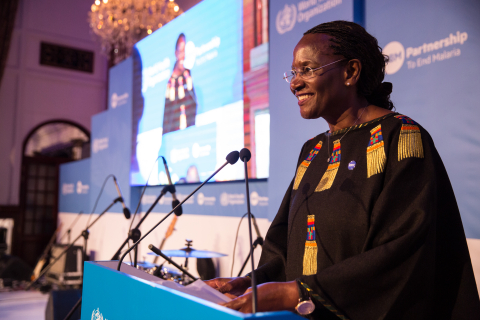