International Women’s Day on 8 March presents us with the opportunity to raise awareness of the women and adolescent girls at the heart of the malaria fight, and to shine a spotlight on the ongoing efforts to end malaria and advance gender and health equity.

Year after year, millions of pregnant women and children under five are particularly vulnerable to malaria. Women in malaria-endemic countries are also the leading—but little-acknowledged—investors in the fight against malaria, representing 70 percent of the community health workforce and making the greatest contribution to the informal “care economy.”

Gender-based investments and strategies in malaria prevention, control and elimination efforts are key to achieving progress toward eradication that has long been elusive. If we stay the course by investing in a gendered approach to end malaria, we can reduce maternal and child mortality, improve women’s empowerment and gender equality, and bend the curve on poverty. This International Women’s Day, join us to #BreakTheBias and empower more women and girls to be change agents in the fight against malaria.

This International Women's Day, sign our letter to Heads of State to protect pregnant mothers and their children.

Learn more about the links between malaria and gender here. 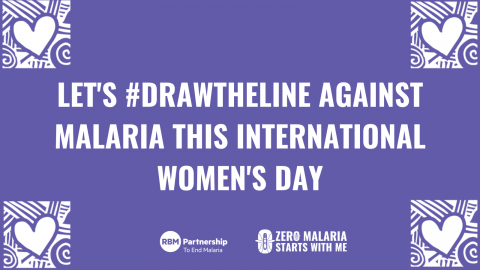