Since 2000, we have made great strides in curbing the malaria epidemic. Between 2000 and 2015, global malaria incidence fell by 21% and mortality rates decreased by 29%. Malaria mortality in Africa fell by 31%. Thanks to the mobilization of resources and political will, malaria control and elimination efforts have resulted in nearly 7 million lives saved and over US$2 trillion added to the economies of malaria affected countries.

We are now embarking on new chapter in the fight against malaria. This final effort may be our most challenging yet. To succeed we must adapt. Complacency is not an option: every day more than 1,100 people still die from malaria – a preventable, treatable disease.

A malaria-free world is within our grasp. This requires the highest political and financial investments from donor and malaria-affected countries.

Together, we can end malaria for good.

Please note: In order to gain access to this event, participants must already hold a pass to the UN. 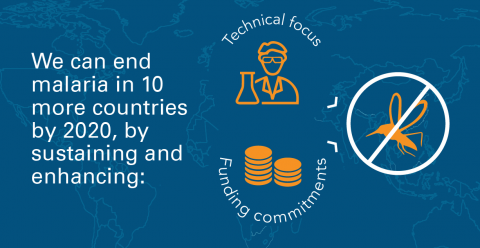