Paris, 25 April 2019 – Today leaders from across the globe meet in Paris to renew commitments and announce new initiatives to accelerate the global movement to end malaria in our lifetime.

This year’s World Malaria Day seeks to encourage as many people as possible, including governments, private sector leaders, scientists and citizens from across the globe to make a personal commitment to end malaria, in line with this year’s theme: ‘Zero Malaria Starts with Me’.  The theme aims to remind citizens everywhere, and particularly in malaria burdened countries, of the personal responsibility we all have to protect communities from the disease and hold governments to account.

Since 2000, global efforts have saved 7 million lives and prevented more than a billion cases of malaria. However, a child still dies of malaria every two minutes, and more than half the world’s population remains at risk of malaria.  Today global leaders and announce several important initiatives in the global fight against malaria. These include:

A high-level conference to debate progress and challenges in the fight against malaria will take place inside Hôtel de Ville as part of the official World Malaria Day celebrations. The conference will be attended by high-level leaders such as the First Ladies of Niger and Haiti and Mayors of Niamey and Freetown, among others.

In addition, further public-facing activities spanning art, sport and culture will take place in the heart of Paris today, including:

As well as the official events in Paris, events will also take place around the world to engage local authorities and communities, including a gathering of Commonwealth leaders in London, which will mark a year since Commonwealth leaders committed to halve malaria by the year 2023 and events in Bangkok, also marking Asia-Pacific Malaria Week.

After decades of progress, for the past two years cases of malaria have increased in the highest burden countries, inspiring the RBM Partnership to End Malaria and the World Health Organization to catalyze a new “High Burden to High Impact” country-led approach. This World Malaria Day will highlight the importance of France and Francophone countries’ engagement in the fight against malaria, as half of the ten highest malaria burdened countries in Africa are Francophone countries; Burkina Faso, Cameroon, DRC, Mali and Niger. Together, they account for one-quarter of the global malaria burden.

2019: a crucial year in the fight against malaria

This World Malaria Day comes ahead of the Sixth Replenishment Conference of the Global Fund to Fight AIDS, Tuberculosis and Malaria which takes place in Lyon on 10th October. The Global Fund seeks to raise at least US$14 billion to step up the fight against AIDS, Tuberculosis and Malaria, which will be essential to maintain progress and help save 16 million lives, reduce the mortality rate for the three diseases by half and prevent 234 million new infections among the three diseases by 2023.

Dr Abdourahmane Diallo, CEO, RBM Partnership to End Malaria says: “2019 is a crucial year in the fight against malaria. We need to step up the fight with increased commitments from governments, businesses and individuals. We must ensure the Global Fund secures the funding it needs to continue saving millions more lives with lifesaving malaria preventions and treatments and increased access to innovative interventions. Representing around 60% of all global investment for the fight against malaria, the Global Fund’s importance cannot be underestimated. I urge everyone to be accountable in the fight by declaring ‘Zero Malaria Starts with Me’.”

Peter Sands, Executive Director of The Global Fund to Fight AIDS, Tuberculosis and Malaria adds: “The fight against malaria has been an extraordinary success, but malaria is a formidable adversary that won’t be eliminated without unrelenting focus and effort. We need to increase resources and political commitment, and we need to invest in new tools and innovations to combat insecticide and drug resistance. If we don’t, we will see a resurgence - with more cases and more deaths.”

Anne Hidalgo, Mayor, City of Paris comments: "The city of Paris is proud to host this year's World Malaria Day. With more than 6 million euros spent each year, Paris is one of the principal local authority contributors to international aid, particularly in the areas of health, combatting pandemics and sanitation. I hope that this day will enable us to raise awareness of the importance of this commitment among Parisians, as it fully reflects the solidarity of Paris. It constitutes a first step in view to build a productive cooperation with francophone cities, members of the International Association of Francophone Mayors, which I have the honour to chair."

“As mayors, we have an important role to play in the control and elimination of malaria in urban settings, which – alongside other vector-borne diseases – can be worsened by a lack of access to adequate sanitation facilities, substandard housing and infrastructure, and limited access to good quality health services.”

Dr Tedros Adhanom Ghebreyesus, Director General of the World Health Organization (WHO) says: “For World Malaria Day, we’re joining countries and partners with a clear message: “Zero Malaria Starts with Me”. We’re calling on political leaders, the private sector and affected communities to take action to improve prevention, diagnosis and treatment of malaria. We all have a role to play. Ultimately, investing in universal health coverage is the best way to ensure that all communities have access to the services they need to beat malaria – and every other disease.”

In the spirit of the RBM Partnership’s motto ‘achieving more together,’ anyone wishing to show their support can engage on social media using #WorldMalariaDay, #ZeroMalariaStartswithMe, #ZeroPalu and #StepUpTheFight.

To arrange an interview or find out more about the global campaign activities please contact the RBM Partnership press office at Grayling on RBMPartnership@grayling.com or call +44 (0) 20 3861 3747. 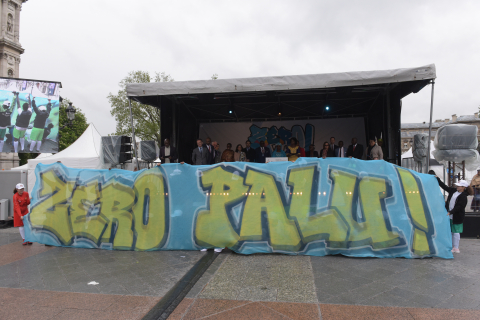 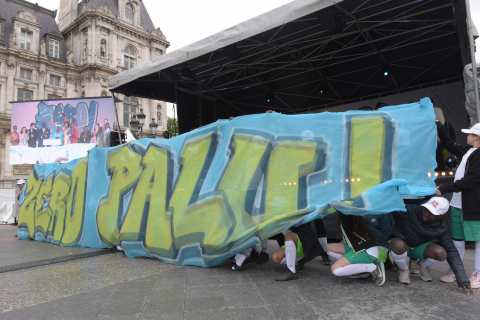 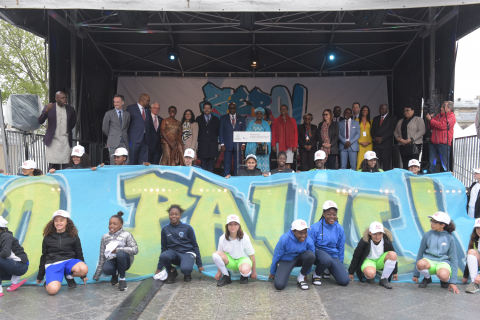