Uzbekistan becomes the latest country to be certified malaria-free

The RBM Partnership to End Malaria welcomes the announcement that Uzbekistan has received the World Health Organization (WHO)’s certification of malaria elimination.

This announcement makes Uzbekistan the eighth country to free itself from the burden of the disease since 2010 and marks the latest success in the fight against malaria in Central Asia. Turkmenistan was certified as malaria free in 2010, Armenia in 2011, Kyrgyzstan in 2016 and now Uzbekistan in 2018.

Key to this success in Uzbekistan has been the enduring support of The Global Fund to Fight AIDS, Tuberculosis and Malaria, which provided funding for insecticide-treated bed nets, spraying equipment, training activities, medicines, transportation for drugs and laboratory equipment – tools essential to eliminate the disease.

“Uzbekistan’s success proves that when countries work towards elimination with coordinated action, they can achieve incredible results. This impressive achievement is not only significant for the people of Uzbekistan, but also for the global fight against malaria. The RBM Partnership to End Malaria congratulates Uzbekistan and the Global Fund for their efforts and hope that this inspires other countries to take similar steps to defeat malaria once and for all.”

The announcement comes at the end of a momentous year for malaria. Uzbekistan is the second nation after Paraguay to receive WHO’s malaria-free certification since the beginning of 2018, while Algeria and Argentina are among a diverse set of countries on track to eliminate the disease by 2020. Several other regions have set ambitious elimination targets, the latest being the six countries of the Greater Mekong Subregion pledging to end malaria by 2030.

According to the latest WHO World malaria report, half of all malaria endemic countries—46—registered fewer than 10,000 cases and, for the first time, China and El Salvador reported no local transmission of malaria in 2017. 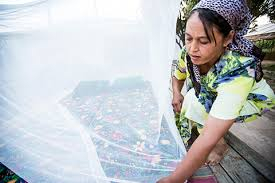