Geneva and New Delhi, 8 February 2019--The RBM Partnership to End Malaria welcomes the announcement from Luxembourg and Ireland made at the Preparatory Meeting of the Global Fund Sixth Replenishment in New Delhi today to step up the fight and secure at least US$14 billion to fight AIDS, tuberculosis and malaria.

Accounting for more than half of all external resources and 44% of total malaria funds available, the Global Fund represents the leading source of funding for malaria prevention and treatment. This support has helped to cut malaria deaths by 42% in the countries supported by the Global Fund between 2000 to 2016. Furthermore, the Global Fund’s investment in multi-country grants for malaria, such as the Greater Mekong Sub-region, has generated nearly twice as much in additional domestic financing and private sector investment for malaria in the last three years.

Dr Winnie Mpanju-Shumbusho, Board Chair of the RBM Partnership to End Malaria, said: “Achieving a full Global Fund replenishment is essential to ensure malaria-affected countries do not carry the burden alone. It will also allow all of us to step up the fight against this entirely preventable and treatable disease – helping to break the cycle of poverty, as after all, 90% of malaria cases are concentrated in sub-Saharan Africa, a region which also includes half of all people living in extreme poverty.”

“With progress against malaria uneven, we need increased resources to ensure that programs can fully scale up, preventing a resurgence of the disease and addressing the key threats of insecticide and drug resistance. The Global Fund enables us to continue vital research, prevention and treatment as we work towards a malaria-free world,” Dr Mpanju-Shumbusho added.

However, even if the US$14 billion replenishment target is achieved, a global malaria funding gap remains. As highlighted in the WHO World Malaria Report 2018, annual malaria funding will need to increase from US$3.1 billion in 2017, to at least US$6.6 billion per year by 2020 to achieve global malaria targets. To fill this gap, new and existing sources must be engaged, for which the Global Fund serves as an important leverage.

For instance, through its Regional Artemisinin-resistance Initiative Elimination (RAI2E), the Global Fund allocated US$359 million to end malaria and drug resistance in the Greater Mekong Sub-region from 2014 to 2020. This has to date led to a 43% decline in the number of malaria cases in the region and a rise of close to 200% in domestic investments to combat the disease.

For its part, India, the host of the preparatory meeting, was the only high burden country reporting a decrease in malaria cases in the 2018 World Malaria Report – a trend that is anticipated to continue in this year’s report. India accounts for 4% of global malaria cases but has reduced cases by 24% through timely insecticide treated net distribution, making rapid diagnostic tests and treatment available at the community level, strengthening data collection and increasing domestic resources.

Recent successes in the Asia-Pacific, such as the Greater Mekong Sub-region and India, can serve as a strong example to high burden countries on how they too can drive progress and reduce the threat of malaria. The Global Fund has also played an important role in achieving malaria elimination in Sri Lanka and Uzbekistan, while several other Asia-Pacific nations, including Bhutan, poised to reach zero malaria cases by 2020.

To arrange an interview or briefing please contact the RBM Partnership press office at Grayling on RBMPartnership@grayling.com or call +44 (0) 20 3861 3747. 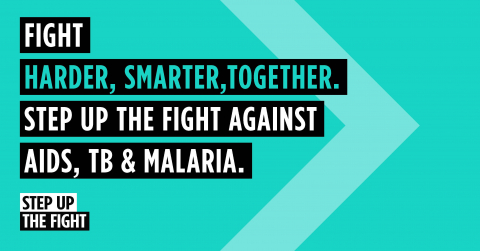