The RBM Partnership to End Malaria welcomes the declaration signed in Windhoek, Namibia by all sixteen countries of the Southern African Development Community (SADC), to firmly place regional malaria elimination on the agenda of all Member States.

Regional collaboration and data sharing will be critical in helping SADC countries achieve malaria elimination goals – including the commitment by many SADC countries to halve malaria by 2023 – made by all 53 Commonwealth Heads of State and Government at their meeting in London April 2018.

Dr Kesete Admasu, CEO, RBM Partnership to End Malaria comments: “Countries and regions working together to eliminate malaria are more powerful than any one country alone. The Windhoek Declaration is a strong example of how countries can pool knowledge and technical skills to accelerate progress and amplify outcomes. As malaria-carrying mosquitoes easily cross borders and transmit disease, it is essential that countries work in lockstep to prevent the spread of malaria across borders.”

Dr Richard Kamwi, Elimination 8 Ambassador, former Namibia Minister of Health, and RBM Partnership Board Member says: “We know we can eliminate malaria in SADC. We have leadership and vision, and are united to achieve this shared goal. The signing of the Windhoek Declaration will strengthen an historic movement to liberate African countries from the burden of malaria once and for all, and unlock the potential of millions across the region.”

Africa accounts for 90% of global malaria cases. There were 47 million cases in the SADC region alone in 2016. With global malaria cases on the rise for the first time in a decade, it’s crucial southern Africa governments step up and lead the fight against malaria. 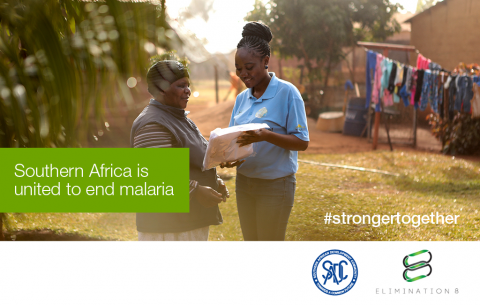