Friday 5th July 2019, Niamey – Today, Ministers of Health from across the Sahel convened on the sidelines of the African Union’s 33rd Summit in Niamey, Niger to collaborate more closely on ending malaria in the region by 2030, and to pool funds and resources for the provision of malaria-fighting interventions.

The Sahel Malaria Elimination Initiative (SaME) Ministerial Forum was the first meeting of Ministers of Health from participating countries and their international partners since the launch of the initiative in August 2018. SaME is a platform for co-ordination on malaria elimination between eight countries in the Sahel - Burkina Faso, Cabo Verde, Chad, Mali, Mauritania, Niger, Senegal and The Gambia.

At their meeting in Niamey, the Ministers established a new Sahel Malaria Commodities Fund (SMCF) to bridge critical gaps in essential malaria commodities in the region.

The new Fund will be used to procure essential commodities - which include seasonal malaria chemoprevention (SMC), indoor insecticide spraying (IRS), long-lasting insecticide-treated nets (LLINs), rapid diagnostic tests (RDTs) and artemisinin-based combination therapy (ACTs). The Fund management will be coordinated at both regional and national levels, to enable preferential prices from suppliers that help to lower the cost for the participating countries.

To deliver the essential commodities required to meet the 2019 and 2020 targets for malaria across the region, an estimated funding gap of US$ 76 million must be financed. Funds are needed to purchase 10.5 million insecticide-treated mosquito nets and 7.1 million rapid diagnostic tests.

The SMCF will also facilitate an increase in national financing through a renewable funding mechanism that the countries will contribute to, that allows their domestic contributions to be monitored. The SMCF will coordinate donors’ support, quantification and budgeting efforts.

At the Ministerial Forum, the work plan for the Sahel Malaria Elimination Initiative was also reviewed and approved by attendees. The agreed priorities include:

“This meeting was an important milestone for the Sahel Malaria Elimination Initiative, as we can now work together to implement a comprehensive workplan to save more lives across the region, including protecting 1.2 million more children eligible for chemoprevention.

“Importantly, the Sahel Malaria Commodities Fund will help all eight countries to benefit from economies of scale and mitigate national shortages or surpluses of important life-saving tools for preventing and treating malaria. By ensuring supply chain management and quality assurance for the products we use, this Fund will be essential for making the most of the resources we have available to eliminate malaria in the region.”

The Sahel region has a diverse malaria landscape, counting both high burden countries and those approaching elimination. Co-operation initiatives between regional economic communities with malaria, such as SaME, are therefore vital to ensure progress against malaria is not lost. Burkina Faso, Mali and Niger are among the 10 highest burden countries in Africa, accounting for 88% of the estimated malaria cases for the SaME region. In contrast, Cabo Verde and parts of Senegal are considered to be at the pre-elimination stage, with Cabo Verde reporting just 2 indigenous cases of malaria in 2018, according to the recent E2020 progress report from the World Health Organization.

“Cabo Verde and Senegal in the north have both made great strides towards malaria elimination. However, the sad truth of the matter is that no obstacle can prevent malaria-infected mosquitoes from crossing national borders. Working closely with our neighbours in the region to establish cross-border monitoring systems which prevent spread of the disease will therefore be critical to ensure we all achieve our goals and support each other’s elimination journeys.”

The Sahel Malaria Elimination Initiative is supported by the region’s Health Ministers and international partners including the World Health Organization (WHO), the Economic Community of West African States (ECOWAS), the African Leaders Malaria Alliance (ALMA) and the RBM Partnership to End Malaria. The coordination mechanism for the SaME is hosted by the West African Health Organization (WAHO), a specialised agency of ECOWAS.

“The Sahel Malaria Elimination Initiative has already inspired a collaborative approach to malaria elimination in the region. Just recently, member states spearheaded several cross-border activities, such as the recent LLIN distribution campaign across Senegal and The Gambia, and joint activities on malaria and NTDs on the borders of Burkina Faso, Mali and Niger.

“Today we have made great strides to building a regional framework that maximises the efforts and financing commitments of all eight states. Following this meeting I am now confident that the success of the SaME will inspire greater collaboration between nations across the whole of West Africa.”

“We have a global responsibility to end malaria in our lifetimes - to improve the quality of life for people affected by the disease, encourage economic growth for malaria-affected countries and free up all-important resources to tackle other challenges. Establishing mechanisms for collaborative action on malaria among regional economic communities is therefore an essential element of our strategy to accelerate progress towards malaria elimination and sustainable development in the Sahel region and beyond.

“Alongside our partners, the RBM Partnership is proud to support the Sahel Malaria Elimination Initiative, and to step up political commitment and community ownership in the Sahel region through initiatives such as Zero Malaria Starts with Me.”

The below table summarises the difference between total funding available to deliver essential malaria commodities in the Sahel and what is required before 2020. These commodities include long-lasting insecticide treated nets (LLINs) or Indoor Residual Spraying (IRS), ACTs and RDTs, and SMC:

To arrange an interview or find out more about the Sahel Malaria Elimination Initiative, please contact the RBM Partnership Press Office at Grayling on RBMPartnership@grayling.com or call +44 (0) 20 3861 3747. 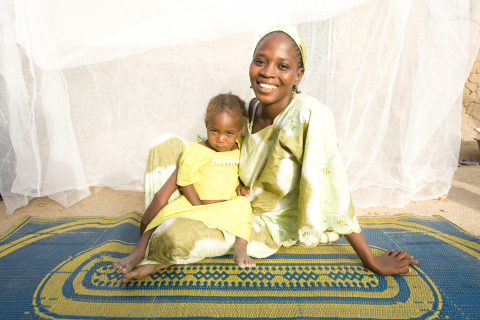