The ministers from Burkina Faso, Cabo Verde, Chad, Mali, Mauritania, Niger, Senegal and The Gambia established a new regional platform to combine efforts on scaling up and sustaining universal coverage of anti-malarials and mobilizing financing for elimination. They also pledged to fast-track the introduction of innovative technologies to combat malaria and develop a sub-regional scorecard that will track progress towards the goal of eliminating malaria by 2030.

With close to 20 million annual malaria cases, the Sahel region has seen both achievements and setbacks in the fight against the disease in recent years. Burkina Faso and Niger continue to be among the countries with high malaria burdens, whereas Senegal and The Gambia have made steady progress in reducing malaria cases and deaths. The island nation of Cabo Verde, which also joins the initiative, is on track to eliminate the disease by 2020.

The Sahel Malaria Elimination Initiative will be implemented in eight countries in the Sahel region and surrounding areas. It is supported by the region’s health ministers and partners including the World Health Organization, the Economic Community of West African States (ECOWAS), the African Leaders Malaria Alliance (ALMA) and the RBM Partnership to End Malaria. The Initiative’s model is based on lessons learned from other regional cross-border collaborations including the Elimination 8 (E8) in southern Africa.

Professor Awa Marie Coll-Seck, Senegal’s Minister of State and RBM Partnership to End Malaria Board Member, who has been announced as the Ambassador for the Sahel Malaria Elimination Initiative, says: “Sahel countries recognize there is much to be gained by working together to hasten the end of malaria in the region. By combining resources, introducing new tools, sharing best practices and coordinating efforts across borders to combat malaria, we can achieve more, faster. This is critical for improving people’s health and country’s health systems, which have a direct impact on country economies.”

Professor Stanley Okolo, Director General, West African Health Organization/ECOWAS, which will host the coordination mechanism of the Sahel Malaria Elimination Initiative, says: “Malaria takes a significant toll on our families and communities and countries, contributing to the cycle of poverty that plagues the region. By sharing responsibility and working with dedicated partners, Sahel countries can maximize the impact of their efforts to defeat this deadly disease.”

Joy Phumaphi, ALMA Executive Secretary, says: “Sub-regional cooperation is key for advancing our shared vision of a malaria-free Africa by 2030. ALMA will support the region in the roll out of the Sahel Malaria Elimination Initiative Scorecard Management Tool.” 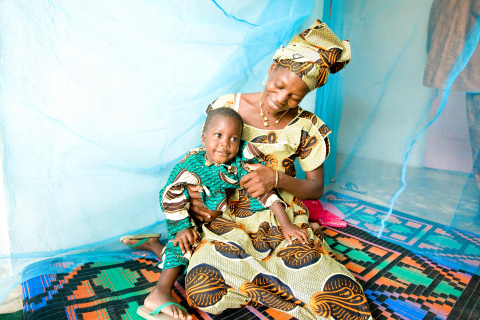