The Kigali Summit on Malaria and Neglected Tropical Diseases will call on world leaders to meet the CHOGM 2018 pledge to halve malaria by 2023 and deliver the political and financial commitments of $1.5bn to end the scourge of neglected tropical diseases

Kigali, 27 January 2020—The Government of Rwanda announced today that it will host a global Summit on malaria and neglected tropical diseases (NTDs) on 25 June 2020, on the sidelines of the Commonwealth Heads of Government Meeting (CHOGM) in Kigali.

The Kigali Summit on Malaria and Neglected Tropical Diseases will be the first formal gathering to bring united global attention and calls-to-action to ending these preventable yet often deadly diseases that have plagued humans for thousands of years.

Half the world is at risk of malaria. Each year more than 200 million people get sick and over 400,000 die from malaria, most of them young children in sub-Saharan Africa. Over 1.5 billion people – one in five people alive today – are at risk of neglected tropical diseases, a group of 20 diseases including elephantiasis, sleeping sickness, leprosy, blinding trachoma and intestinal worms that debilitate, disfigure, disable, and can kill, even though delivering treatments can cost as little as 50 cents per person per year.

All these diseases thrive in areas of poverty and strike hardest against the most vulnerable - women, particularly when they are pregnant, children under five, and people living in remote, underserved communities.

“It is unacceptable that billions of people around the world continue to suffer and, too often, die from malaria and neglected tropical diseases. These diseases are preventable, treatable and     curable. The incredible progress against malaria and neglected tropical diseases is proof of what can be done with the resources at one’s disposal, relevant policies, and a great deal of        commitment. We can – and must – do more to ensure our youth, our communities and our countries aren’t held back by these diseases of poverty and inequality.”

Over the past two decades, countries around the world have made major inroads against both malaria and neglected tropical diseases – thanks to political leadership, innovation and increased funding to expand health care access at the grass roots. Annually over 1 billion people have benefited from large scale treatment for at least one NTD for the last three years while almost 600,000 lives are being saved from malaria and 100 million malaria cases are being prevented compared to the year 2000 levels.

Half the world is malaria-free and another 49 countries are within reach of elimination, including China, El Salvador, Malaysia, Cabo Verde and Eswatini. Since 2012, 31 countries have eliminated one of the ten NTDs included in the London Declaration, eight of them in Africa. These include Ghana which eliminated Guinea worm in 2015 and blinding trachoma in 2018.

“Commonwealth countries make up over half of all malaria cases and deaths globally. The Kigali Summit will be a crucial moment for leaders to take stock of the progress countries are making towards delivering on the Commonwealth leaders’ commitment made in London two years ago to halve malaria by 2023. There are 650,000 lives dependent on the achievement of this commitment and it is vital to the global elimination targets set for 2030. We will be urging leaders from across the Commonwealth, and beyond, to accelerate action to reach zero malaria.”

Mrs Thoko Elphick-Pooley, Director of Uniting to Combat Neglecting to Combat Tropical Diseases, one of the two main coalitions supporting the Summit said:

“2020 will be a monumental year to set the global agenda and power the progress against neglected tropical diseases which affect one in five people in the world. It starts in Kigali, just ahead of the first ever World Day for Neglected Tropical Diseases on 30th January and will lead us to the launch of the upcoming World Health Organization’s NTD 2030 road map in June and a global response. I hope that by the end of this year we can truly say we have secured the necessary political will and leadership to ensure that these diseases can no longer be neglected. We have a real opportunity for action and success. We call on partners to join our global movement to end NTDs.”

It is estimated that only 0.6% of global healthcare funding is allocated for controlling NTDs. An expected outcome of the Kigali Summit is an ‘NTD Declaration’ galvanizing countries to deliver political commitments and to mobilise new financial commitments of US$1.5 billion to accelerate progress towards the total costs of delivering the upcoming WHO NTD 2030 road map.

For malaria, the Summit is a crucial moment for leaders to deliver on the promise set by Commonwealth leaders at the 2018 CHOGM to halve malaria deaths and cases across the Commonwealth by 2023. Achieving the Commonwealth commitment is crucial for reaching the global malaria targets for 2030, which aim to reduce malaria burden by 90% and eliminate the disease in at least 35 countries that had malaria in 2015.

The Kigali Summit on Malaria & NTDs will capitalize on the presence of heads of state of countries that represent almost two-thirds of the malaria and NTDs burden, as well as major donors and partners working to end these diseases.  In addition to the Host Government, the RBM Partnership to End Malaria and Uniting to Combat the NTDs, the Summit is supported by a wide range of partners, including the African Leaders Malaria Alliance, the Bill & Melinda Gates Foundation, the END Fund, Malaria No More UK and the World Health Organization (WHO).
Ending malaria and neglected tropical diseases is an important part of achieving the Sustainable Development Goals agreed by the world’s governments in 2015 when, as part of the health goal – SDG3 – nations committed to reduce malaria and NTD cases by 90 percent by 2030 as a key driver towards universal health coverage.

Neglected tropical diseases (NTDs) are a group of debilitating infectious diseases that affect over 1.5 billion people around the world. They disable, disfigure and sometimes kill. Uniting to Combat NTDs is a collective of invested, interested and dedicated partners, including governments, donors, pharmaceutical companies, non-governmental organisations, academia and more. The partnership is committed to the fight to end the epidemic of NTDs.

Since 2000, global efforts have saved 7 million lives from malaria and prevented more than 1 billion new infections. According to the most recent World Health Organization data:

Malaria strikes hardest against some of the most vulnerable members of society - pregnant women and children under five - particularly in Africa, which accounts for over 90% of global malaria cases and deaths. A child still dies from malaria every 2 minutes.

Neglected tropical diseases (NTDs) are a group of debilitating infectious diseases that affect over 1.5 billion people around the world. They disable, disfigure and sometimes kill. The World Health Organization currently classifies 20 diseases as neglected tropical diseases. In 2012, governments, pharmaceutical companies, philanthropists, donors and non-governmental organisations came together to sign the London Declaration on NTDs. During the discussion that took place in 2012, it was decided that ten of the 20 NTDs had the essential requirements for immediate targeted assistance and include:

Elephantiasis (lymphatic filariasis) - A mosquito-transmitted disease that causes fever, severe swelling of the lower limbs and, in men, swelling of the scrotum. The disease is painful, disfiguring and can lead to stigma. It is one of the world’s leading causes of disability.

Bilharzia (schistosomiasis) - A parasitic infection spread by freshwater snails. Poor hygiene and swimming make children particularly vulnerable. The infection causes malnutrition, impaired intellectual development & chronic disease later in life, one of which is female genital schistosomiasis that can triple the risk of HIV.

Trachoma - A bacterial infection spread through personal contact (via hands, clothes or bedding) and by flies. Repeated infection forces the eyelashes to grow inwards, causing painful scratching and ultimately blindness.

Chagas disease - A parasitic infection transmitted by blood-sucking insects called kissing bugs which infest homes. It can also be passed on by eating food contaminated by the insects, through blood transfusions, organ transplants and childbirth. After a mild illness, up to 40% of people eventually develop serious complications, including heart disease and can be fatal if left untreated.

Guinea worm disease - A parasitic infection transmitted by contaminated water that contains water fleas infected with Guinea worm larvae. Over time female worms in the body can grow over a meter long. They then begin to emerge from the skin through very painful blisters on the legs or feet. This is also accompanied by fever, nausea and vomiting.

Leprosy - A chronic bacterial infection transmitted through droplets from the nose and mouth of affected people. The first stage of leprosy leads to loss of sensation and muscle weakness in the face, hands and feet. Prolonged infection causes permanent impairments, such as loss and shortening of fingers and toes, and can cause blindness and profound stigma.

Kala-azar (visceral leishmaniasis) - A parasitic infection transmitted by sand flies that breed in and around homes and farms. The disease attacks the immune system and affects the bone marrow and internal organs causing irregular bouts of fever, substantial weight loss and anaemia. Left untreated it can be fatal. 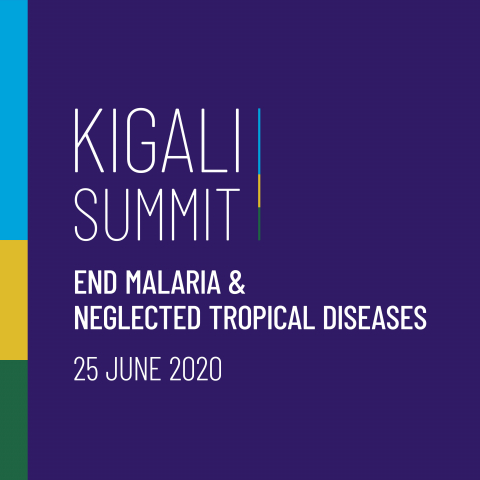