9 October, Lyon, France -- Today, on the sidelines of the Global Fund Replenishment Conference, the RBM Partnership to End Malaria convened global health leaders and experts to discuss and share lessons from the role that regional cross border collaborations play in accelerating malaria elimination.

The event - Global Fund as a catalyst for regional malaria elimination: Applying lessons learned to the Sahel - highlighted several examples of regional cross-border initiatives that helped to speed up reductions of  malaria cases and deaths, expand access to life-saving malaria interventions, counter insecticide and drug resistance, improve surveillance and primary health care among countries. In several cases, these initiatives helped accelerate malaria elimination in a country, or sub-regions. Initiatives such as The Sahel Malaria Elimination Initiative, The Elimination 8 Initiative, the Regional Artemisinin Resistance Initiative and The Regional Malaria Elimination Initiatives have been key to successfully improving anti-malaria efforts in regions across Africa, Asia and Central America.

Crucially, The Global Fund has galvanized many of these initiatives through funding for country and regional grants in Meso-America, Southern Africa and Mekong subregion. As the leading international source of malaria funding, accounting for 65% of external funds available to target the disease, a fully funded Global Fund is critical if we want to support more cross-border initiatives

“Malaria-infected mosquitoes don’t respect borders, making regional coordination initiatives critical to ensure progress in one country helps progress in other countries. Sharing lessons learned from successful cross border collaborations is critical to ensuring that malaria-burdened regions can make the most of limited resources, while also improving health systems and expanding access to life-saving tools. These success stories will be fundamental for understanding what is needed to go from high burden to achieving high impact, particularly in the Sahel region, which is the newest of these collaborative intiaitives.

With the Global Fund’s enduring support, we have seen time and again that we are stronger when we work together. Today both malaria-affected countries and donors must renew and grow their commitments to regional collaboration initiatives to accelerate efforts to end malaria for good.”

During the Global Fund Conference, The RBM Partnership is also hosting a Zero Malaria Village – a public exhibition showcasing stories from malaria survivors and efforts from across the world to end malaria once and for all. 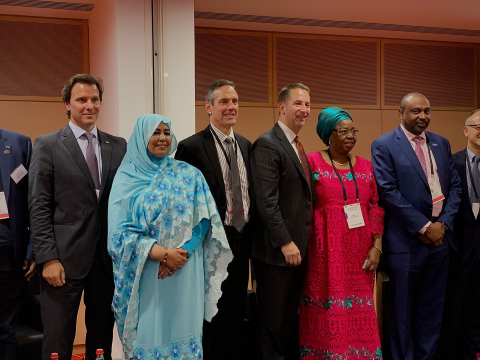 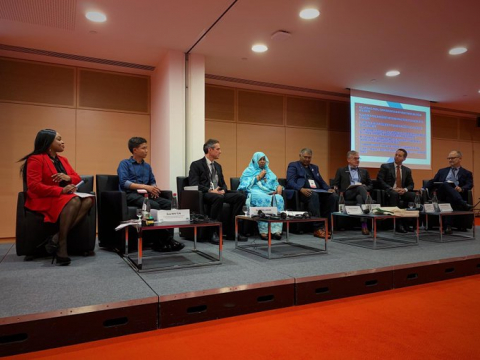