Geneva, 20 March 2019 – The RBM Partnership to End Malaria today announced the appointment of Dr Abdourahmane Diallo, MD, MPH as the Partnership’s next CEO. Dr Diallo, currently Minister and Health Advisor to the President of Guinea, brings to the role extensive leadership experience and expertise in national and international public health systems. He will take office on 8 April 2019 and will attend the official celebration of World Malaria Day in Paris on 25 April 2019 as his first engagement on behalf of the Partnership.

“The RBM Partnership Board is very excited to welcome Dr Diallo as incoming CEO. Dr Diallo brings vast experience and strong leadership skills to the Partnership, having worked in leading roles at the national, regional and global levels on a range of key public health issues, including malaria, Ebola and health systems strengthening,” said Dr Winnie Mpanju-Shumbusho, RBM Partnership Board Chair. “He assumes leadership of the RBM Partnership to End Malaria at a key juncture; and ahead of this year’s replenishment of the Global Fund to Fight AIDS, Tuberculosis and Malaria. We warmly welcome him on board. He has our unanimous support.”

Dr Diallo served as Minister of Health of Guinea from 2016 to 2018, dealing with the Ebola crisis and subsequent rebuilding of the national health system. He has developed health and supply chain systems in more than 20 African, Caribbean and Asian countries. Prior to that, Dr Diallo worked with John Snow, Inc. in various capacities. He served as the Director of Public Health and Supply Chain Systems Strengthening for the USAID | DELIVER PROJECT, with responsibilities including overseeing and leading worldwide public health and supply chain systems strengthening. Previously, he served as Country Director for the US President Emergency Plan for AIDS Relief (PEPFAR) funded Supply Chain Management System project in Tanzania. Dr Diallo is a medical doctor and he also holds a Master’s degree in International Public Health from Johns Hopkins University.

“I am honoured to join the RBM Partnership to End Malaria as CEO. I’m especially inspired to take this position at a moment when countries are stepping up their commitments to malaria elimination,” said Dr Diallo. “I look forward to engaging with the vibrant community of malaria partners to achieve our collective vision -- a world free of the burden of malaria.”

The CEO selection process was jointly managed by a CEO Selection Committee of six members from the RBM Partnership Board, chaired by the Board Chair and supported by UNOPS. After reviewing more than 500 applicants, the committee considered an eventual short list of three men and three women, with balanced geographic representation. The Selection Committee and the Board were unanimous in their decision to appoint Dr Diallo.

About the RBM Partnership to End Malaria
The RBM Partnership to End Malaria is the largest global platform for coordinated action against malaria. Originally established as Roll Back Malaria (RBM) Partnership in 1998, it mobilises for action and resources and forges consensus among partners. The Partnership is comprised of more than 500 partners, including malaria endemic countries, their bilateral and multilateral development partners, the private sector, nongovernmental and community-based organisations, foundations, and research and academic institutions. 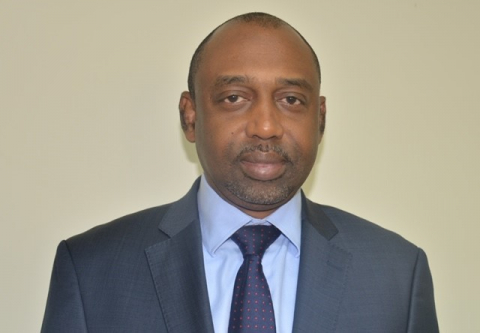