11 June 2018 – Today, the nation of Paraguay is celebrating breaking free from the burden of malaria – a disease that claims a child’s life every two minutes – with the World Health Organization’s (WHO) announcement that the country achieved malaria-free certification after five consecutive years of zero indigenous cases of malaria. Paraguay is the first country in the Americas to achieve this goal in 45 years.

The certification announcement was made at a WHO-sponsored Forum of 21 Malaria Eliminating Countries meeting in Costa Rica, alongside the release of a new WHO “E2020 report” tracking 21 countries’ efforts toward malaria elimination. The report highlights a potentially historic moment of progress in the malaria fight, with the majority of the 21 countries accelerating towards malaria elimination, putting the world on track to mark a major malaria milestone in 2020.

The RBM Partnership to End Malaria, the global platform for collective action against the disease, welcomed the news, praising Paraguay’s resolve over the years to get to zero malaria cases and protect the country from reintroduction of the disease. The RBM Partnership also noted the progress toward elimination and called on countries in a position to end the disease by 2020 to maintain a sense of urgency to reach zero malaria cases and to renew political commitment and funding to overcome bottlenecks and finish the job. 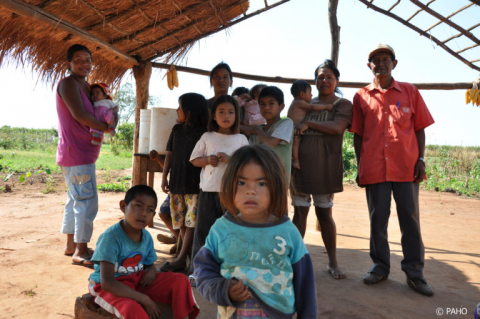