23 August 2019, Geneva – The RBM Partnership to End Malaria welcomes two new forthcoming reports on the opportunity the world has to achieve the eradication of malaria, a disease which still threatens half the world’s population.

The World Health Organization (WHO) Strategic Advisory Group on Malaria Eradication (SAGme) today released an executive summary of its report “Malaria Eradication: benefits, future scenarios and feasibility” due out later this year. The summary calls for renewed global commitment and action against malaria, particularly in the areas of research and development (R&D) and Universal Health Coverage.

“Since 2000, global efforts have driven tremendous progress, saving more than 7 million lives and preventing more than a billion cases of malaria, creating the opportunity to end malaria within a generation. Today, there are more countries without malaria than with malaria, and more countries than ever have fewer than 10,000 malaria cases, putting elimination within reach. However, malaria cases are increasing in the highest burden countries, and we are working with partners to do more to reignite and accelerate progress to drive malaria cases back down and stay on track to end this deadly yet preventable and treatable disease once and for all.

This won’t be easy, but study after study shows that the benefits of malaria eradication will greatly exceed the investment needed to reach it, whilst also contributing to advancing health for all,” said Dr Abdourahmane Diallo, CEO of the RBM Partnership to End Malaria.

The executive summary of the forthcoming SAGme report calls for increased domestic and external resources, increased political commitment and fast tracking of new tools and innovations. It also calls for making better use of data and surveillance, and a strong health system, important components of the WHO and RBM Partnership High Burden to High Impact approach. We must also ensure that the lifesaving tools we do have, such as insecticide treated nets, are reaching everyone who needs them. 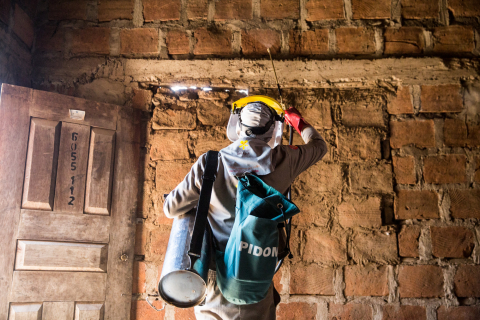