April set to be a crucial month in the fight against malaria, as global leaders, scientists and activists unite to beat the disease.

With one month to go until World Malaria Day, April 25th, the RBM Partnership to End Malaria is calling on political and business leaders, scientists and citizens worldwide to declare they are ready to beat malaria – one of the world’s oldest and deadliest diseases that puts half the world at risk and costs a child’s life every two minutes.

After a decade of progress, malaria cases have increased for the first time, and funding for malaria treatments and prevention has plateaued.

“April will be a momentous month in the global fight against malaria. We must ensure a renewed attention and commitment to ending malaria for good – from the highest political level down to local communities where the everyday fight against the disease is being fought,” said Dr Kesete Admasu, CEO of the RBM Partnership to End Malaria.

The month is already set to be pivotal for the global malaria community, with the Malaria Summit held alongside the Commonwealth Heads of Government meeting in London on April 18th  and the Multilateral Initiative on Malaria (MIM) conference taking place in Dakar, Senegal from April 15th -20th.

The Malaria Summit and supporting public facing campaign Malaria Must Die, So Millions Can Live, is shining a spotlight on the critical and pressing decision Commonwealth leaders face urging them to continue their work towards beating the disease with renewed financial and political commitments or risk putting our hard-fought progress in jeopardy.

The high-level event takes place the day before the 2018 Commonwealth Heads of Government Meeting, bringing together business leaders, philanthropists, scientists, Heads of States and civil society to announce new commitments to beating malaria. The commitments will be paired with a call to action to Commonwealth leaders, who represent citizens making up six out of ten malaria cases globally, to commit to accelerating progress against malaria.

The MIM conference, taking place simultaneously, will showcase the latest scientific breakthroughs coming out of the heavily burdened continent, giving scientists and researchers an opportunity to collaborate and share ideas as well as their latest research findings.

Other national and local events worldwide are planned in the lead up to and on World Malaria Day 2018 to raise awareness, celebrate progress and commit to new actions. These include:

“This World Malaria Day, we are coming together as a global community to renew political commitment, step up funding, speed up scientific innovations, and spur citizen and communities action around the world, and in Africa in particular. The malaria fight is at a crossroads. If we don’t seize the moment now, our hard-won gains against the disease will be lost. We’re ready to beat malaria – are you?” concluded Dr Winnie Mpanju-Shumbusho, RBM Partnership Board Chair.

This year marks the 10th World Malaria Day, an internationally recognised day to shine the spotlight on the global efforts to prevent, control and end malaria. 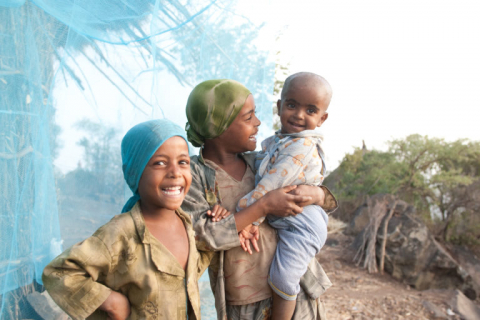